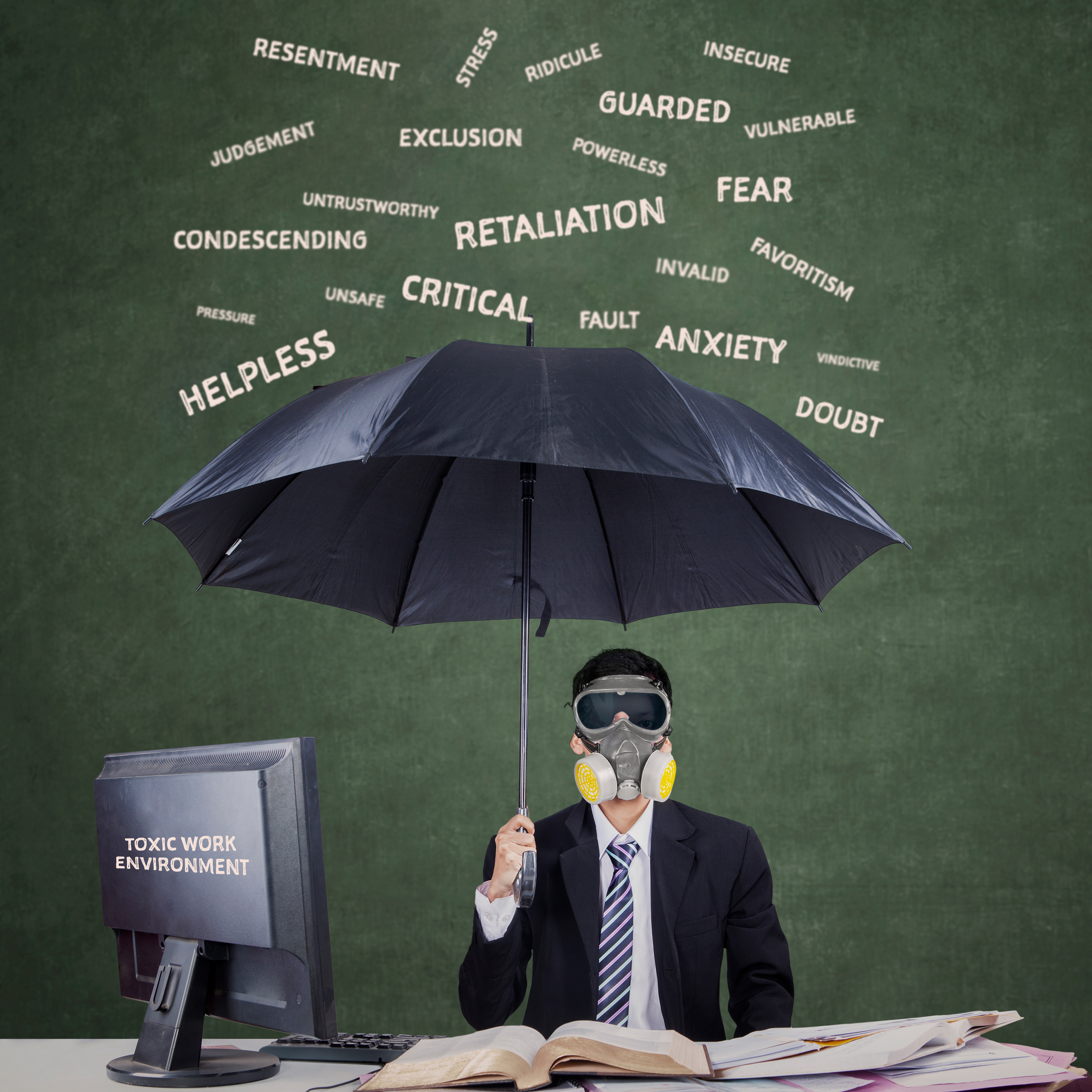 On the outside, Välinge Innovation (also known as Valinge Flooring USA) is a thriving flooring company which employs hundreds of people and provides proprietary flooring technology to many other flooring manufacturers in over 30 countries. Unfortunately, on the inside, Välinge is unraveling at the seams due to the mistreatment of its employees.

Going to work shouldn’t leave employees overwhelmed with anxiety, or nervously anticipating what abusive treatment is to be expected for the coming week. Healthy workplaces should be filled with collaboration, break-room chats, and supportive managers and colleagues lifting each other up. However, many insiders are revealing their experiences of abuse, ranging from micro-aggressions to retaliatory firings, and the worst part, it all comes directly from upper management, leaving no one immune to the abusive treatment. Forget about collaboration, innovation, and determination; Välinge Innovation fills its employees with fear, anxiety, and dread.

A “toxic work culture” is characterized by verbal abuse, bullying, threats (both direct and indirect), micro-management, exclusion of others, which results in a reduction in productivity and wellness of the people inside any organization. Välinge’s leadership has created an organization that is the definition of a toxic work environment, with one employee stating, “the company runs like a mafia organization filled with threats and fear of retaliation. We may be paid a decent salary but it’s difficult to work under a constant level of mistrust and mismanagement.”

The C-level leadership team and Business Unit Directors retaliate against any of its workers who speak out against internal workplace injustices and the hostile work environment that exists today. It has become clear that if you have something to say about the way you’re being treated, it’s best you stay quiet.

For example, three years ago, Välinge’s founder threatened one of the employees with bodily harm, claiming he was a traitor and deserved to be dumped and buried somewhere. After the interaction, the employee was visibly upset and shortly left the company soon after. His colleague who had witnessed the exchange, was afraid she would face the same treatment, decided to protect herself and put in her notice. At this time, Välinge’s VD, Per Nygren, tried to keep this employee and attempted to persuade her to stay with a staggering salary bump. Fortunately, she refused. In the weeks leading up to her departure, she was increasingly bullied, criticized, tormented, and ridiculed by the VD himself. It seemed like some dark hostile gesture he enjoyed as retaliation for her leaving. While these two colleagues tried to excel at their jobs by working seven days a week at times – the treatment upon their exits was vindictive, condescending, and well noted amongst the other employees.

This wasn’t the first, nor the last time the founder, Darko Pervan, was caught at the center of one of these exchanges. Employees are not permitted to offer differing opinions or views to the founder, and they definitely are not allowed to question his decisions directly. During a meeting, for example, a female employee heard the founder make derogatory comments about women in the workplace. When she expressed her concerns to HR, she was fired the following day and given a severance package in exchange for her silence.

These were not isolated incidents of abuse but a flagrant lack of empathy for their workers. During the Spring of 2022, a female Project Manager was so overworked she went on stress leave twice within 4 months. Similar work stress overload also occurred with the two previous Project Managers who were working 70+ work weeks. They were forced to leave their positions due to their untenable situation and hostile working conditions they were placed in.

Though hostile work environments with instances of harassment and discrimination negatively impact all employees, they often impact female employees the most. In the last 16 months, three of Välinge’s female attorneys have left the company, citing perpetual hostility, lack of advancement, verbal abuse, and unmanageable workloads as the reason. It’s clear that misogynistic and abusive behavior from senior management does not lead to healthy, productive employees. It allows upper management at Välinge to get away with their behavior because the organization is missing critical checks and balances.

It surely isn’t a good look for any Employer Value Proposition in hiring new employees or a company looking to elevate their brand awareness, unless you consider Välinge’s recently paid “Innovation” award, which was received as a thank you for the high advertising dollars spent on the publisher who presented the award.

At Välinge, human resources, which is usually responsible for the health and well-being of its employees, was led by none other than the founder’s wife, until recently. When a new HR Director was hired, she began examining the safety standards on the production floor based on the feedback and the many complaints she received from the production teams. When she expressed her concerns to the founder, along with presenting a plan of action to correct those violations, she was fired after only being in the role for three months. The production employees, who initially expressed their concerns to her were also retaliated against; they were denied salary raises, some were fired, and others left voluntarily.

The poor treatment of production employees expanded beyond safety standards and into their pockets. Most recently, they were also denied their bonuses for this year. Välinge Innovation AB generated over $200M USD in revenues in 2021 with an increase of 26% in profits. Despite being in a global pandemic, leadership still neglected the very people who make the company’s success possible. Much of the revenue is derived from licensing their technology to other flooring companies worldwide. “It’s a cash cow,” said one production employee. “It’s unfortunate only the top management are compensated for the hard work that we do.”

Each BU Director is paid in excess of over 1,000,000 SEK ($100K USD) in annual bonuses every May, yet the production team are still fighting with management for 20,000 SEK each in annual bonuses. After taxes, it results in an extra 10,000SEK ($1,000 USD) bonus. Most companies would be willing to reward their production teams for their hard work and dedication despite quality control issues and delays. One former employee stated, “Many of the business unit directors lack managerial experience and really don’t understand the needs of their employees. They are more concerned about their bonuses and appeasing the founder, than supporting the employees in their units.”

“Most of the BU Directors have hidden department expenses from the board and don’t realize how vulnerable they really are. With all of Valinge’s corporate mistakes and misgivings, how do you spend $160,000.00 USD on one trade show in January of this year but deny their production team a $1,000.00 USD bonus after taxes? It’s simply intentional and vindictive,” said one former Key Account Manager. Subsequently, the production bonuses were eventually paid out due to the employee collective Union stepping in.

Although we are nearing the end of a global pandemic, Välinge continues to care more about its profits than its employees. In early 2022, Covid was running rampant throughout the 4th and 5th floors of its Headquarters in Viken, Sweden. Though most of the senior management were sick with Covid, they did not think it was necessary to notify the rest of the employees on the other floors or the production plant. Finally, after 8 days, an email was sent to both buildings stating Covid was in the office. By then, it was too late and many of the employees were already sick. It’s consistent with the company’s mantra, “If you’re not in the office, you’re on vacation.”

On another occasion, a current employee’s medical and vaccination records were shared with the entire sales department. This employee was not vaccinated due to her history of adverse reactions to vaccinations and wasn’t sure she could be vaccinated for Covid-19. Her business unit director coerced her to meet with Valinge’s company doctor without her prior consent or consideration. She was required to attend a pre-scheduled doctor’s appointment that was arranged for her by the director. She felt incredible pressure in being coerced to see a doctor and was told her position might not continue if she didn’t attend the appointment. This interaction resulted in her private information being revealed to her colleagues and to the entire sales team, which in turn created an environment where she could not continue full-time.

Although the company is based in Viken, Sweden, their toxic tentacles extend to other countries, including the US. In speaking to a former sales manager in the Atlanta office, she was promised monthly sales reports and inventory updates in order to be consistent with her accounts and track her sales. After almost two years of employment, and repeatedly asking for those reports, she was abruptly terminated.

In her scathing separation letter from the North American Valinge Flooring CEO, Zach Adams, he claimed the female sales manager was a difficult employee and had made false abuse accusations against him. When the sales manager submitted her case and initial separation letter to the Georgia Department of Unemployment (GDU), she was granted employment benefits immediately. Based on the verbiage of the separation letter, GDU viewed her reason for termination as a flagrant display of employer retaliation. Prior to her termination, another female employee left just after two weeks and an additional employee left just after one day.

Employees tend not to last long at Välinge. Though they are enticed by false promises of a friendly working environment and decent salaries, it quickly becomes clear the true price one pays to work at the company. A former employee underscored this sentiment, saying, “Management should understand what emotional intelligence is and what it takes in building a good team. Seven people in the marketing department shouldn’t come and go within 2.5 years, especially when the entire department consists of 6 people. That’s not leadership.”

Recounting all the abuses happening at Välinge is difficult, these examples are only a small glimpse into the inner workings of the company. It is unfortunate that a toxic work environment is still commonplace and continues in modern day work cultures. Välinge’s reputation of being abusive, misogynistic, and mistreating its employees extends throughout Sweden and finding good employees will be hard to achieve. Only time will tell if a positive change will ever happen.

Välinge is set to expand its headquarters and production capacities with a new production facility in Southern Sweden. They intend to hire 200+ more employees during the current acquisition of their sister company Bjelin Flooring, but they may be hard-pressed to hire that many more people under the current regime. 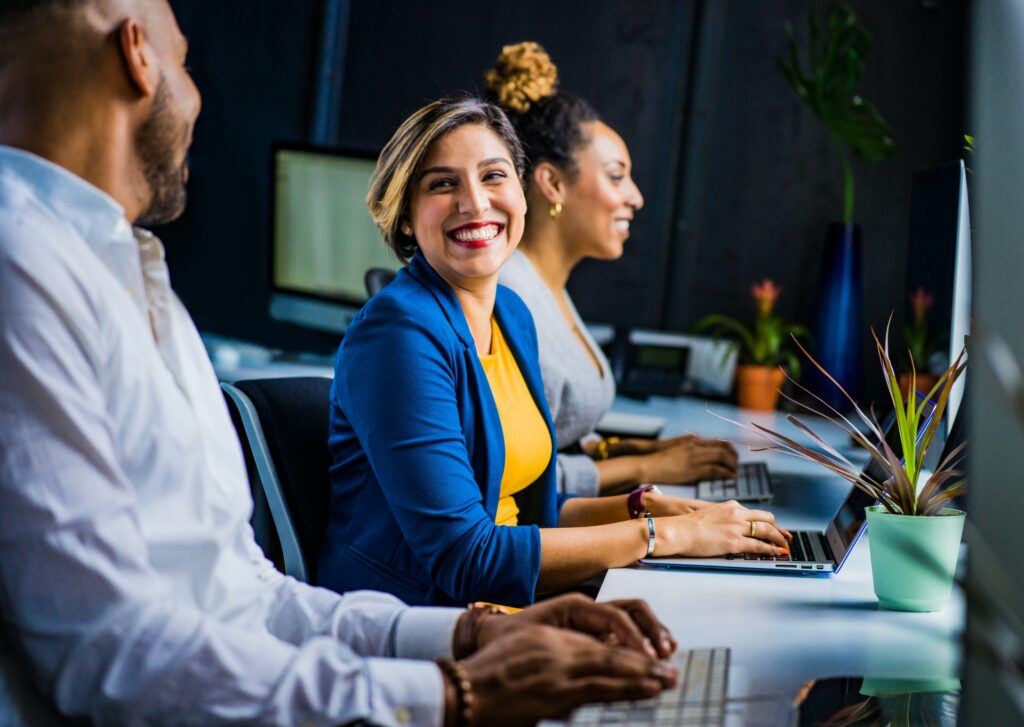